The New Linux – Easier than Windows!

If the New Windows is Too Hard to Use, Try Linux 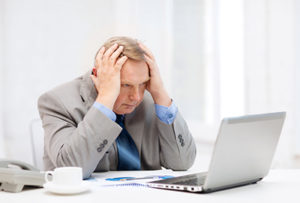 The greatest generation and baby boomers didn’t grow with computer technology, so sometimes it is difficult for seniors to work with computers. It’s hard to understand the hardware, operating systems, and software. Windows seems to be getting more complicated with each new release. If you are setting up a new computer or want to try something easier to use, perhaps you should consider Linux as the operating system for you. Linux would replace Windows, but allow you do the same things with fewer steps.

Linux is not as difficult to use as people may think. If you are only using your computer to send emails or surf the web, then Linux is a better choice than Windows because it is simpler to use.  Linux is now easier than ever to install and the desktop can be set up to something you are familiar with using.

Linux works well on older computers. Windows usually needs newer computer hardware to run the operating system and applications with fewer problems. Linux is more in-tune to older computer software because code developers keep this in mind when creating the program. So even if you are using an older computer, you will not need to spend more money to upgrade.

Ever feel like your computer is running slow? With Windows, you need to do an update but you don’t know how; Linux can perform automatic updates. You can set up Linux operating systems to perform updates as they arrive, which means you do not need to be present or remember to click a button. Usually during a windows update you do not have access to your system and need to wait an unspecified amount of time until the update is complete. With Linux, if it is set up for automatic updates, it will download and install in the background while you finish your activities.

Linux is free to use. You may have heard the term “you get what you pay for”. That is not the case here. Many people believe software should be for the masses and have been donating their time for decades to get different distributions of Linux to where it is today. Don’t be shy, give Linux a try.